In March, 2017 when the Lord Chancellor, Liz Truss, announced the Ogden Discount Rate used to calculate personal injury claims was to reduce from 2.5% to -0.75%, Allianz joined others within the insurance industry to criticise the move because of its detrimental impact on customers and the NHS.

It was announced on Monday 15 July by the Ministry of Justice that the Ogden Discount Rate will only marginally increase from the -0.75% level to -0.25% with effect from 5 August 2019.

This is a disappointing result because the government had previously indicated to the industry and the financial markets that the rate would be between 0% and 1%. Consequently insurers have based their claims costs on this which has helped to keep premiums down for customers.

The impact is not just directly to the insurance industry and its customers. The single biggest financial impact will be felt by the NHS which therefore impacts UK PLC and tax paying individuals in England and Wales. The NHS, which manages injury claims reserves of around £80bn, was valuing cases in the short term on a discount rate at +0.76%.

Impact of the change for the insurance industry

As the new rate is lower than anticipated, its likely insurers will have to increase the money set aside to pay future claims which in turn increases the pressure on premiums. This is an unwelcome outcome for customers as well as insurers and brokers.

A new Scottish discount rate is currently being reviewed with a report expected in late September for an implementation soon after. Initial indications suggest that the approach in Scotland would lead to a rate that is more favourable to claimants than in England and Wales.

The table below illustrates how compensation payments would be calculated at the current rate of -0.25% and also at lower and higher rates for a 36 male paraplegic unable to return to work.

“We believe providing seriously injured people with a fair level of compensation is the right thing to do but the insurance industry is currently overcompensating. The latest announcement signifies a move in the right direction but the new rate of -0.25% does not go far enough. An opportunity has been missed to further tackle the increased cost of settling personal injury claims which play a significant part in the eventual cost of insurance for customers.” 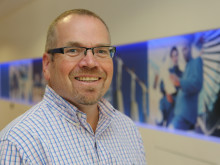 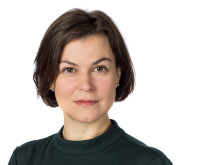